In Ch 5 of my Gadge fic, Six Months to Strawberry Time, Mrs. Undersee and Gale have a brief interaction at the school assembly. She jokes about going weak-kneed at his proximity (which I think could be canonically true, considering her reclusive life and the fact that she spends very little time around attractive young men), and later references his rebellious nature in a manner that shakes Madge deeply.

While writing said scene, I was abruptly besieged by the thought of how fascinating a pairing between Mrs. Undersee and Gale would be. No, not a Mrs. Robinson, not a full-on May-December romance – say, a really sleek rebellion story where Gale joins the resistance as a young teen after his dad dies and the mayor’s wife is the codemaker they’d-never-suspect-in-a-million-years that he delivers missives to. They have a handful of interactions and ultimately become lovers, which tempers Gale slightly but really brings life back into Mrs. Undersee, who goes from demure reclusive codemaker to ‘40s noir badass chick with sleek skirt suits, hats with net veiling, poison rings, etc. ;D And then Madge, who has been absent and therefore oblivious to all of this, comes home from her boarding school/conservatory. Gale comes to the house, assignation-ready, looking for “Madeline Undersee” – and delicious complications ensue.

Seriously. This besieged me back when I wrote the chapter and recently revisited my brain with a vengeance, and not because I’m perversely inclined! Though canon doesn’t delve into it, Mrs. Undersee has more reason than most to hate the Capitol, and Gale is canonically vocal and vehement in his hatred for the Capitol… what if this fellow feeling drew them together toward a common purpose and thrust them into proximity, making things slightly complicated on the way??

The morphling that Madge brought after Gale was whipped – one of the cornerstone moments of the Good Ship Gadge – belonged to Mrs. Undersee, and she almost certainly needed it badly (and did not have an unlimited supply). Madge tells us in canon that, “They’re my mother’s. She said I could take them.” And here’s how our friends at the creatively accurate Hunger Games Wiki put it:

So according to THG Wiki, right after Gale’s whipping, the mayor’s wife suddenly roused herself from her silent dark room to send her only child out into a snowstorm to deliver her personal supply of expensive, badly needed painkillers to a young man who is in a world of trouble with the Peacekeepers?? They ship this pairing more than I do! 😉

Only kidding, but I am curious whether anyone has toyed with this in fic or meta. There’s nothing under Gale/Mrs. Undersee as a pairing on AO3 or FFnet, but sometimes people play with odd pairings in Tumblr drabbles…?

P.S. I’ve been pecking at this post for several days, during which time some 1800 words of dialogue and notes have materialized for the aforementioned AU concept. (EEP!) Anybody even remotely interested?

today in class the professor said “it’s generally pretty hit or miss” and my entire body instantly tensed. my heart stopped. from across the room I heard a hushed “I guess they never miss huh” and I wanted to attack them like a rabid dog 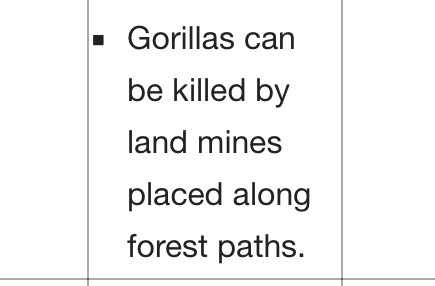 One time in grade school, I was sitting around minding my own business, when some other kid walked up to me. I don’t remember anything about this kid– name, gender, anything. I only remember what happened next.

I didn’t have any context for this. I didn’t know this kid, and our school was in the city. It’s not like there were any contests going around where the prize was a pig. Not that I knew of, anyway. And if there were, why would it be any of my business? My mind didn’t really know what to do with this information.

So my mind did what it always does when it can’t think of anything else to do. It made a really pitifully horrible pun.

And the other kid went along with this, and said, “I three a pig.”

And then I realize this was all a setup– one of those elaborate grade school jokes where you try to get someone to say something rude or embarrassing like “liquor and rubber buns” or “ICUP.” Yeah, very funny. I ate a pig.

And it wasn’t till years later that I realized how much of a leap of faith this kid took. They walked up to me with NO context and said “I won a pig,” just TRUSTING that I would carry the joke all the way to its natural conclusion.

Did they somehow know my pun-obsessed mind well enough to predict that I would make that specific pun on “won” and “one”? Even though I didn’t have any idea who they were?

Or did they actually forget that you’re supposed to explain the rules of the joke first (“okay, you repeat what I said, but with the next number!”) and did they just happen to get incredibly lucky?

Or maybe they actually freaking won a pig, and were just trying to tell me about it, and
when I made a pun they just decided to run with it, and it was sheer coincidence that it just accidentally turned into a joke.

I want to find this kid, someday, and ask what the crap was going on. Too bad I have no idea who they were.

college students in movies: I’m passing all my classes with As and I have a job that pays enough for my housing and classes at the same time with very little stress

real college students: I haven’t slept in three days, my term paper is due in 30 minutes, I’ve eaten nothing but saltines for the past year and might actually have scurvy, and I cried this morning because I don’t know how to start the washing machine