I always stress that being funny, having a great sense of humor, and adding more humor into a workplace has very little to do with telling jokes. But of course there are times when a well-placed joke can add a little spice to the workday. Some companies have a “joke of the day” board in their office; some companies offer the option of listening to a joke on their automated voicemail menu. A joke can help breakup a serious business presentation, add some seasoning to a business meeting, or add a dash of humor to your e-mail signature line.

Warning: Many of the following jokes are real groaners, so don’t say I didn’t warn you!

If you have a great, clean workplace joke that you’d like to share please drop us a line – we’ll be adding to the list and would be happy to include your suggestions!

#1 My boss asked me to put a joke on the first slide of the presentation…apparently a picture of my pay slip wasn’t what he was looking for.

‘My hairline is in recession, my stomach is always in inflation, and these two together bring me into a deep depression’. 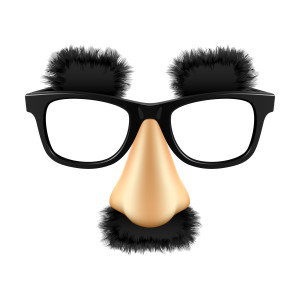 #3 My boss told me to stop acting like a flamingo, so I had to put my foot down.

#4 If a neighboring business puts up a sign saying ‘lowest prices’, simply erect your own sign saying ‘main entrance’!

#5 Boss to employees: ‘We will continue to have these meetings every single day until I work out why no work is being done’!

#6 ‘We need somebody for this role who is responsible.’

‘Not a problem, sir. Every time something went wrong in my old job, my manager told me I was always responsible!‘

#7 Why did the doughnut maker retire? He was tired of the hole business!

#8 The banker fell overboard from a friend’s sailboat. The friend grabbed a life preserver, held it up, not knowing if the banker could swim, and shouted, “Can you float alone?” “Obviously,” the banker replied, “but this is a heck of a time to talk business.”

#9 What happens when business slows right down at a medicine factory? You can hear a cough drop.

#10 What did the ruthless businessperson say to their employees? If at first you don’t succeed, you’re fired!

#11 Why did the electrician close business once a week? Because business was light.

#12 I told my female colleague that she drew her eyebrows too high. She seemed surprised.

#15 How many marketers does it take to screw a light bulb? None, they have already automated it.

#16 I don’t like to complain about the customer service of any business but I didn’t appreciate being pushed over by the stock broker when I asked him to check my balance.

#17 I stayed in such an exclusive hotel on our last business trip that even room service had an unlisted number!

#18 He gave a great 10-minute business speech yesterday. The only problem was it took him an hour to deliver it.

#19 How many opticians does it take to change a light bulb? Is it one or two? One… or two? One…or two?

#20 Not so long ago, I had my visa stolen…now it’s everywhere I want to be.

#21 I recently met a limo driver who was in business for over 30 years. Despite trying his hardest, he didn’t get one single customer…all this time and nothing to chauffeur it. 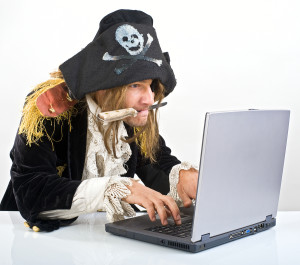 #22 What did the two business people say to each other whilst closing a deal during an earthquake? Let’s shake on it!

#23 Why are barbers some of the best drivers around? Because they know all the short cuts.

#24 Whatever your talk lacked in content it made up for in length!

#26 A committee is a group of people who keep minutes but lose hours.

#27 When you can’t say ‘let’s just forget the whole thing’, you know crisis level has been reached.

#29 What’s the best way of making a small fortune in the stock market? Starting off with a large fortune.

#30 I keep trying to start a hot air balloon business but it just doesn’t take off.

#31 A positive attitude may not solve all your problems, but it will annoy enough people to make it worth the effort.

#32 When I was younger, I really wanted to be a banker…but I kept losing interest.

#33 Tell me, how many people work in your company? About half!

#34 I’ve been told by coworkers that I’m condescending…that means I talk down to people.

#35 I used to be the host of a blackjack table but I got a better deal.

#36 I got fired from the orange juice factory…I just couldn’t concentrate.

#37 I just had to fire my acupuncturist, he kept talking to my friends about me…the backstabber!

#38 I once owned a paper business but it folded.

#39 Why did the can crusher quit his job? Because it was soda pressing!

#40 I really wanted my bakery business to be a success…I just wasn’t making enough dough.

#41 I used to be a train driver but I kept getting side-tracked.

#42 I got fired at work today, she said my communication skills weren’t up to scratch. I didn’t know what to say.

#43 I had a nightmare of a day, the computers went down and everything had to be done manually. It took me ten minutes just to shuffle the cards for solitaire. 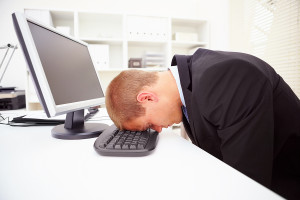 #44 I reached the office this morning and the boss stormed up to me and said ‘you missed work yesterday, didn’t you?’. I said ‘No, not particularly.’.

#45 My interviewer told me my wage would increase to $2,500 per month after six months…I told him I’d start then.

#46 My job at the paperless factory was going really well…until I went to the loo.

‘Why not? Everyone else does’

‘That’s because they’re the patients!’

#48 My new colleagues are so much fun, they write names on all the food. Yesterday, I ate a yogurt named ‘Susan’; how cute is that?

#49 After announcing I don’t answer to anyone, I quickly lost my job at the call center.

#50 I phoned a call center today and it said all the advisors were engaged. I was delighted for them but my fridge is still broken.

‘But how much did you spend on energy?’

#53 Sadly, the man who invented autocorrect has passed away, restaurant in peace.

#54 My friend loves a bargain, she’s always itching to get back to the flea market.

#56 ‘Who should we notify just in case you fall ill in the office?’ ‘A very good doctor, please’

#57 My job is incredibly secure, nobody wants it!

#58 Nothing ruins a Friday more than realizing it’s actually Tuesday.

#59 Apparently I ruined this year’s batch of calendars, I only took a day off.

‘That’s not necessarily a bad thing, you know’

‘I don’t really care what you think’

#61 Is the glass half full? Is it half-empty? According to engineers, the glass is twice as big as it needs to be. 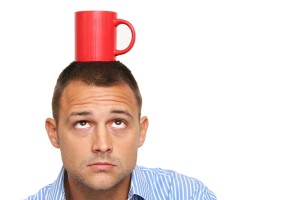 #62 My last boss said I have a preoccupation with vengeance…we’ll see about that.

#63 My resume? A list of things I hope future employers never ask me to do.

#64 A clean desk is a sign of a cluttered drawer.

#65 I started my business with nothing and I still have most of it.

#67 An archeologist’s career lies in ruins.

#69 I love being a maze designer, it’s so easy to get lost in my work.

#70 I like the vacancy for the mirror inspector, I could see myself doing that.

#71 I used to work as a lumberjack but it didn’t take me long to quit…I just couldn’t hack it.

#72 I knew someone who used to work in a deli, they got fired because they couldn’t cut the mustard.

#75 The trouble with being punctual for business meetings is that nobody’s there to appreciate it. 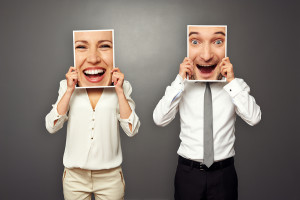 #79 After telling a joke, the manager looks around to see everybody laughing. However, one guy sits in the corner without even a smile.

‘Didn’t you get it?’ ‘I got it, but I resigned yesterday’

#80 Before your criticize someone, walk a mile in their shoes. That way, when you do criticize them, you’re a mile away and have their shoes.

#81 Sitting behind his new desk for the first time since opening for business, a young businessman spots his first client enter the outer offices. He picks up the phone and starts waving his hands around in the air, pretending to be deep in conversation about figures. Finally, he puts the phone down.

#82 One day, a customer placed a huge order for numerous goods but suddenly the company realized they hadn’t paid for the previous order. Immediately, they left a message on their machine saying the new order cannot be placed until the last bill has been paid. The next morning, they opened their emails to find a reply ‘We would like to cancel our order, we just can’t wait that long’.

#83 There once was a businessman who was so rich he had two swimming pools; one was always empty…it was for people who couldn’t swim.

#84 Standing in front of the shredder, the new employee looked a little confused so a supervisor offers to help.

‘How do I get this thing to work?’

She takes the wad of paper from his hands and feeds it through.

‘Great, but where do the copies come out?’

The company relocated and didn’t tell me where!

#86 ‘I think we have almost everything. Can you make a cup of tea?’ 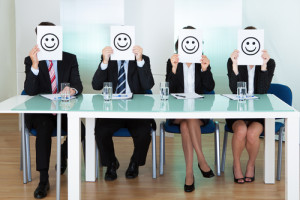 ‘What about driving a fork lift?’

#87 I have a lot of jokes about unemployed people but unfortunately not of them work!

#88 “Boss I need a raise – there are three companies after me right now.”

#89 Since three out of four small businesses fail, my recommendation is to start a large business.

#90 My wife tells me I talk in my sleep all the time. But I’m skeptical. Nobody at work ever mentions it.”

#91 The closest people come to perfection is on an employment application.

#92 As part of the new health care plan, employees will be treated to a full week’s stay in the Caribbean Islands…we chose Bahama-care.

#93 When he came to the bottom of the job application where it says, “Sign Here,” he wrote “Scorpion.”

#94 If somebody asks you if you want to break into the jewelry business, think carefully about what they’re actually offering.

‘The bank is in trouble’

‘How? They’re one of the biggest companies in the world’

‘I don’t know, my check returned with a note saying ‘insufficient funds’’ 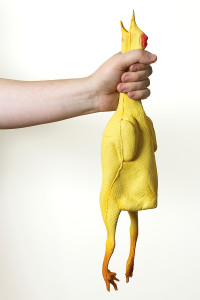 ‘I think I Excel with it’

‘Is that a computer joke?’

#97 If Apple delved into the car manufacturing market, would they have Windows?

#99 What is the role of stock analysts? Making weather forecasters look good!

#101 I was hoping to get a job as a koala bear attendant at the zoo but I didn’t meet the koalafications!

Got a good one you’d like to donate to the cause? Send you one-liners to [email protected]

Michael Kerr is an international Hall of Fame business speaker, very funny motivational speaker, and business trainer. His latest book is called The Humor Advantage: Why Some Businesses Are Laughing All the Way to the Bank.