The really funny jokes on this page are a mere modicum of all the hilarious stuff you’ll find at the links below. They’ll elevate your endorphins for ages, regardless of your age.

Links below to lots more pages of jokes on these topics.
Share your own joke or feedback in the Comment box.

My wife is always trying to get rid of me. Last night she told me to put the garbage out.

I told her I already did.

She told me to go keep an eye on it.

A woman’s pet parrot hadn’t talked for days, so she took it to a veterinarian to see what could be wrong.

He laid the parrot on his exam table and checked the bird with his lab equipment. After a few minutes, he let her know her parrot was dying.

“Oh no,” she moaned, “Don’t you have any other test besides those?”

“Yes, I have two more tests,” the vet said. He whistles, and out trots a Labrador Retriever.

The dog approaches the parrot, sniffs it for awhile, then shakes his head to indicate the bird is dying.

The vet then leaves and returns carrying a cat. The cat nudges the parrot, licks it, and shakes its head to show the bird is dying.

A man is standing at the gates of heaven. St. Peter invites him in. But the man looks like he has something on his mind, so St. Peter asks, “What’s the problem?”

The man replies, “I’m delighted to know I’m eligible for heaven, but I just have to tell you, I’ve always really wondered about hell. You know, what it’s really like. And I’m pretty sure I have some friends down there, too. Is there any chance, any way I could take a quick peek at hell before I come into heaven for eternity?”

St. Peter replies, “That’s an unusual request, but okay. I’ll send you down in the transport bubble and you can see it for two minutes. After that I’ll have to get you out of there or the bubble will melt. Very very hot there, you know.”

The man steps into the bubble and down he goes in a flash. A few seconds later he’s looking out at a frozen, icy wasteland. Bodies are stiff and covered with snow and icicles. Nothing moving anywhere. Very little light, and everything looks colder than Antarctica in winter. Then the bubble starts vibrating, and in a flash he’s back at the gates of heaven.

The man replies, “Well, no, actually. All I saw was a frozen wasteland as far as the eye could see. It was a total deep freeze, no movement anywhere.”

St. Peter scratches his chin and says, “Well what do you know. The Cleveland Browns must have made it to the Super Bowl.”

I never have cared for the Yankees, and for a very sound reason: The Yankees are evil.
– Dave Barry

First in war, first in peace, and last in the American League.
– Vaudeville joke about the old Washington Senators

I feel like I could give a great NBA locker room speech. “Guys, we’re all millionaires, none of this matters.”
– Julius Sharpe‏ @juliussharpe

– Kevin McHale.The ’88 final was so good, Kansas coach Larry Brown waited until it ended before taking another job.– Michael Rosenberg

A blind man walks into a gay women’s bar by mistake. He feels his way to a stool and asks for a bourbon. After sipping awhile, he says, “Hey, anybody here want to hear a blonde joke?”

In a husky, deep voice, a woman says, “Before you tell that joke, Bub, you should know a few things.

One, the bartender is a blonde.

Two, so is the very large bouncer.

Four, The lady sitting next to me is a blonde champion kickboxer.

Five, the woman to your left is a tall, 200 pound weightlifter, also blonde.

So consider it carefully, Mister. Do you really want to tell that blonde joke?”

The blind man thinks for a minute, then shakes his head and says,
“Nah, not if I’m gonna have to explain it five times.”

“This is the Revenue Service. Can you answer a question?”

“Do you know a Tom O’Halloran?”

“Does he belong to your church?”

As a Canadian I’d like to apologize for trying to pass off little slices of ham as some kind of bacon.
– Shaver ‏@Shaver282

You gotta love a country that puts Queen Elizabeth on their dollar coin and calls it a Loonie.
– Greg Tamblyn

It’s annoying when stereotypes about Canadians come true, like how we all live in igloos, apologize, and keep our monkeys in IKEA.
– Kelkulus ‏@kelkulus

Two rednecks are waiting for the bus, and one is holding a large bag.

“What’s in the bag?” asks the other redneck.

The redneck with the bag replies, “Porcupines.”

“How many porcupines you got in that bag, then?”

“I’m not telling you,” says the redneck with the bag.

“If I guess how many porcupines you got in that bag will you give me one?” asks the other redneck.

“Tell you what, if you guess how many porcupines I got in this bag I’ll give you both of ‘em.” 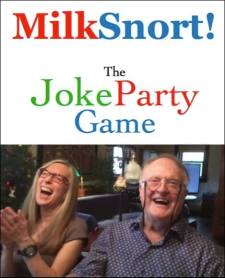 Go back to the Home Page: