Great Time was Had by All

This was my 5th ThrillerFest and I had a ball! It really is such a special conference, I can’t imagine why any would-be writer wouldn’t kill to attend. Five days at the New York City Grand Hyatt, with nothing but panels on craft and publishing, parties and celebrations of new and accomplished thriller writers.

There were so many panels this year on everything from Unlocking Creativity to The Voices in your Head. This year I moderated a panel on science thrillers, and luckily most of the panelists were friends so I didn’t have to be nervous. But I was, so I started with the only half-way decent science joke I could find on the internet. “A dung beetle walks into a bar and says to the bartender, “Is this stool taken?” Okay, not great. But really, Google science jokes and you won’t find much. Had dinner that night with the same bunch of science thriller friends at Artisanal. It’s becoming a delicious tradition thanks to Amy Rogers. 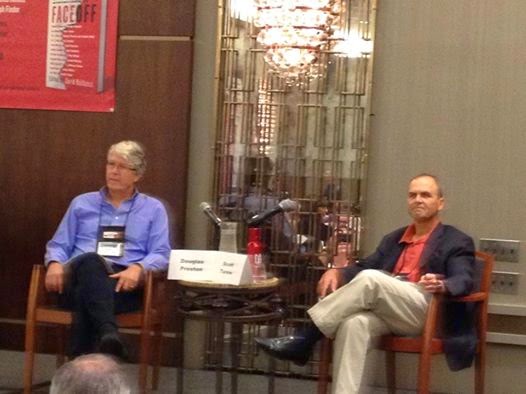 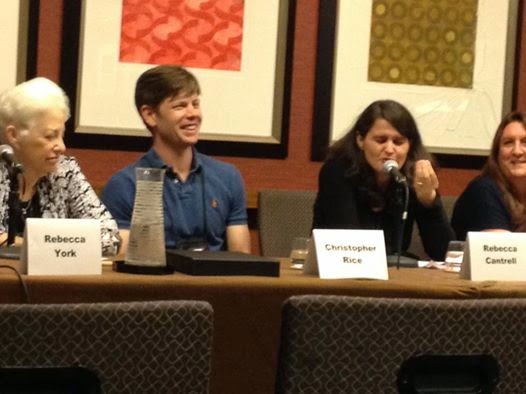 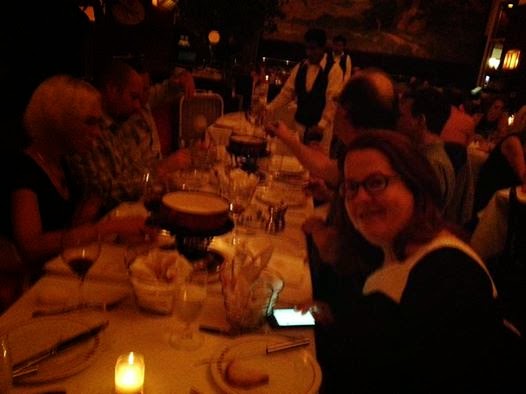 There were numerous cocktail parties with some of my favorite authors in the world. Took some selfies with the likes of Michael Connelly, JohnSandford, Jeffrey Deaver, and Raymond Khoury. I was so excited to finally meet Chris Grall. No, he’s not a bestselling author, but he’s a weapons expert that’s given my advice on both my novels. Great guy. 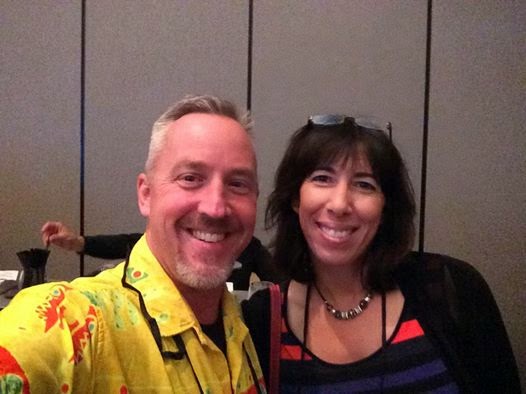 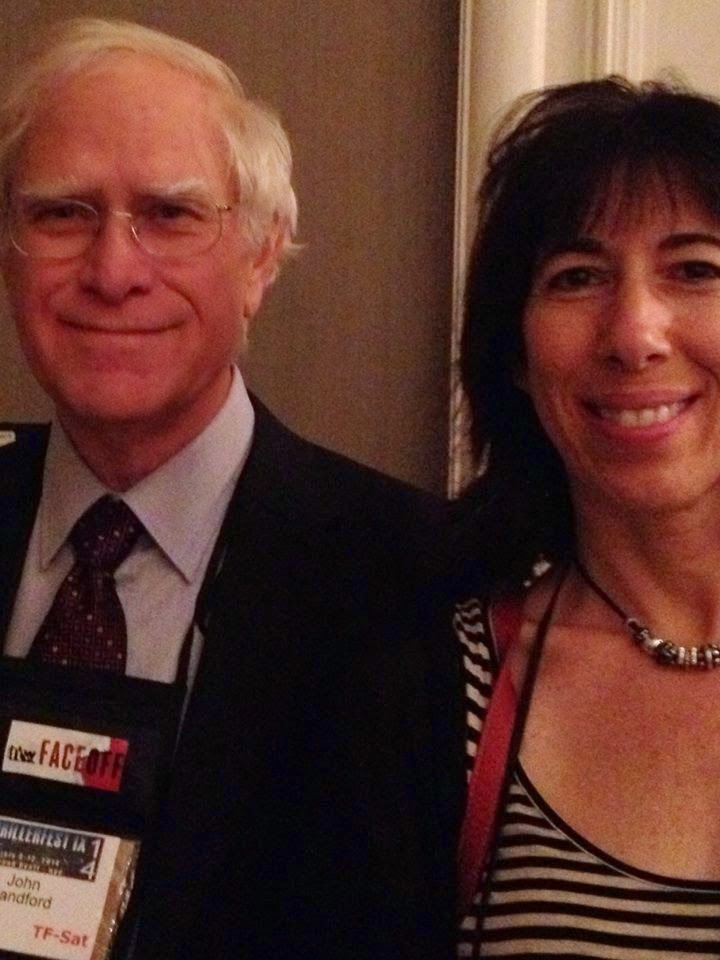 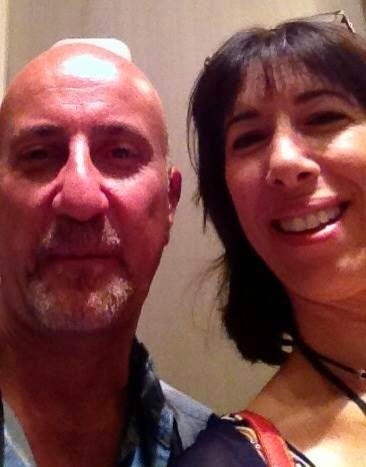 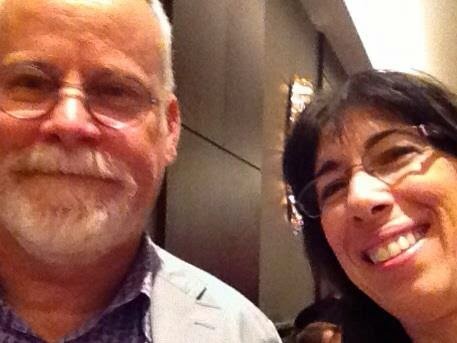 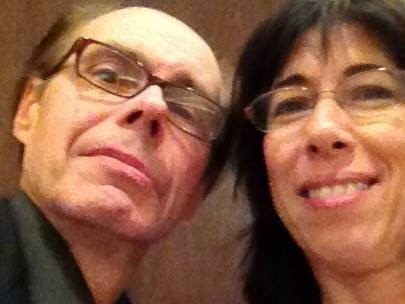 Had lunch and an interview with Linwood Barclay who is one of the nicest, funniest authors around. His terrifying new book

(one of my top ten thrillers) has been optioned by Warner Bros. We each had a cup of soup and sandwich and chatted about his books, career and ThrillerFest. He loves the conference but wanted to know why it’s always on the hottest week of the year – goodness sakes, he said, this isn’t the beach! He is so right – I didn’t go outside much. 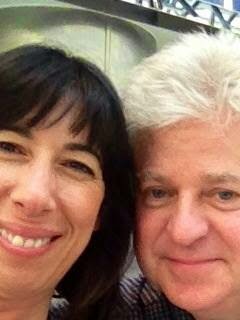 All the writers of this year’s ITW anthology showed up for the cocktail party. FACEOFF features a dozen stories, each one teams up two of the worlds greatest thriller characters. For instance, Lee Child’s Jack Reacher is teamed up with Joseph Finder’s Nick Heller to settle the score with an Albanian Gang on the warpath. I was

to get almost everyone’s signature. What a great time – can’t wait until next year! 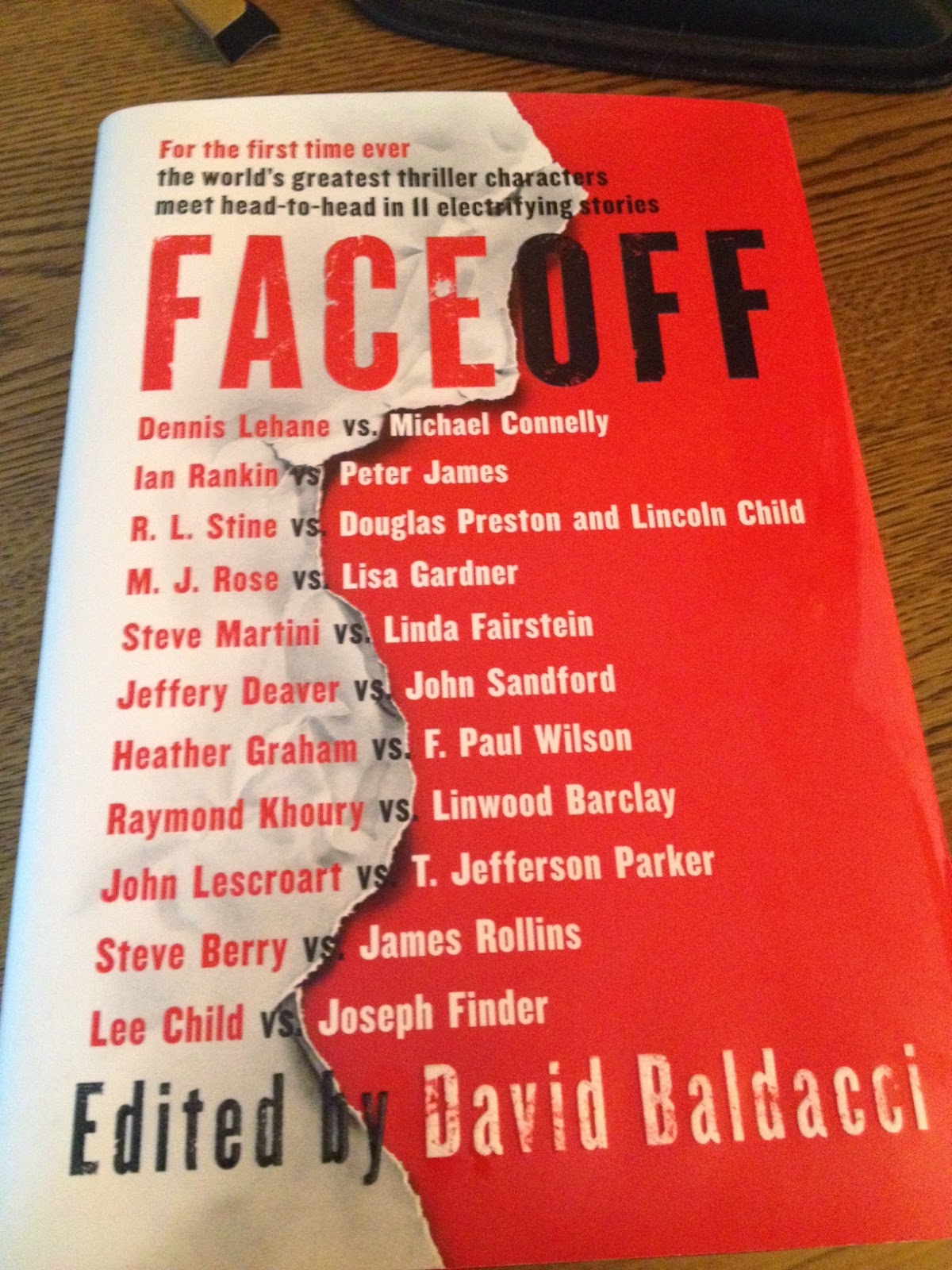 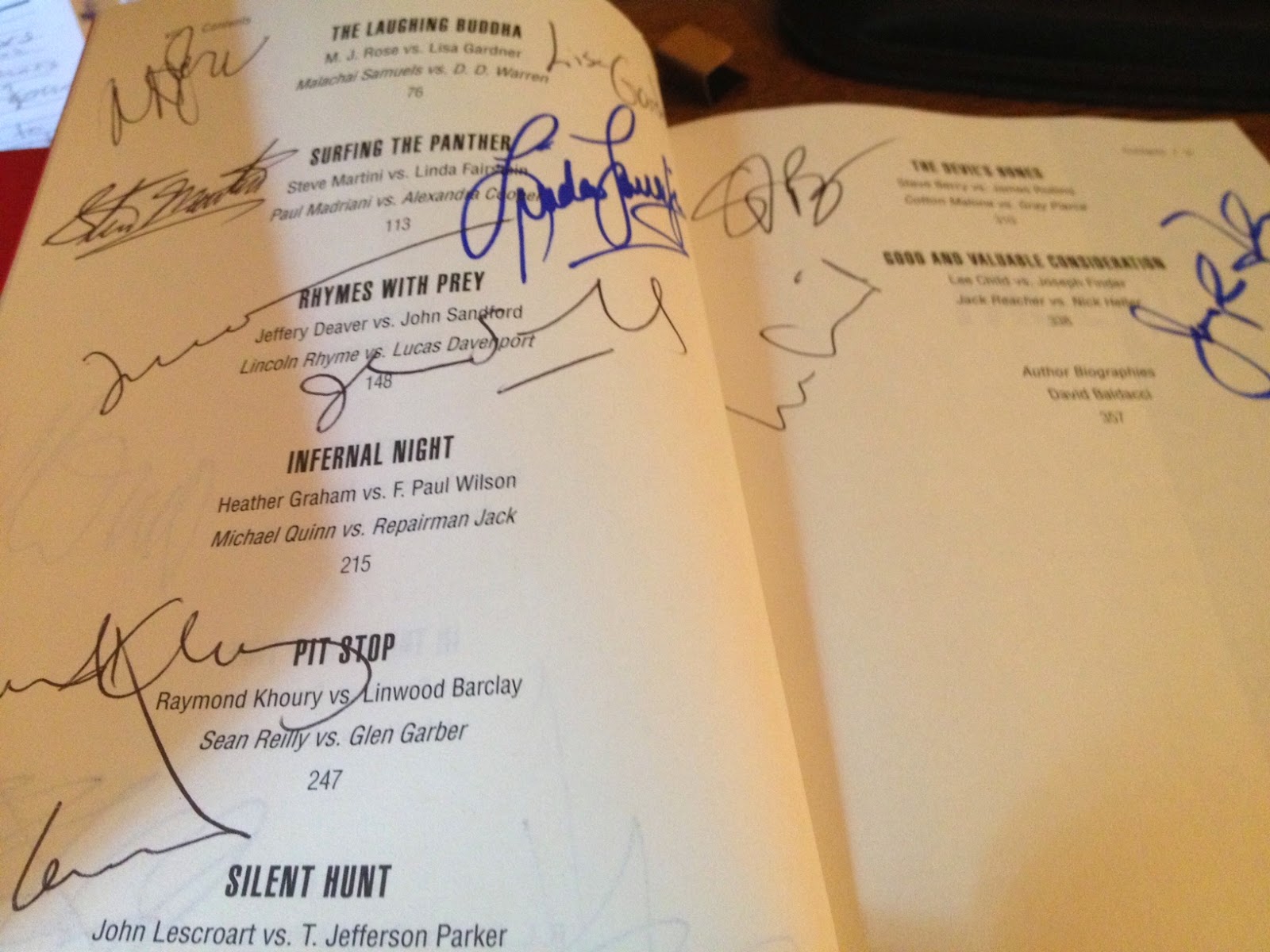