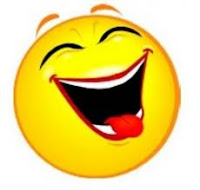 A man is flying in a hot air balloon and realizes he is lost. He reduces his altitude and spots a man down below. He lowers the balloon further and shouts: “Excuse me, can you tell me where I am?” The man below says: “Yes, you re in a hot air balloon, hovering 30 feet above this field.” “You must work in Technical Support,” says the balloonist. “I do,” replies the man. “How did you know?” “Well” says the balloonist, “everything you have told me is technically correct, but completely useless.” The man below says: “You must be in management.” “I am,” replies the balloonist, “but how did you know?” “Well”, says the man, “you don’t know where you are, or where you re going, but you expect me to be able to help. You re still in the same position you were before we met, but now it’s my fault.”

Several weeks after a young man had been hired, he was called into the personnel director’s office. “What is the meaning of this?” the director asked. “When you applied for this job, you told us you had five years experience. Now we discovered this is the first job you’ve ever held.” “Well,” the young man replied, “in your advertisement you said you wanted somebody with imagination.”

A new business was opening and one of the owner’s friends wanted to send flowers for the occasion. They arrived at the new business site and the owner read the card; it said “Rest in Peace”. The owner was angry and called the florist to complain. After he had told the florist of the obvious mistake and how angry he was ,the florist said. “Sir, I m really sorry for the mistake, but rather than getting angry you should imagine this: somewhere there is a funeral taking place today, and they have flowers with a note saying, “Congratulations on your new location.”