Yeah, science – bitch. We know you just heard Jesse saying those words in your head! But did you know he didn’t use the word bitch in the show, though. Jesse Pinkman says “Yeah, science” when Walter White told him that he no longer needs pseudo to cook meth. The internet changed the phrase to “Yeah Science, Bitch” and have been using it as a meme to express new inventions, discoveries, or science revelations. Scroll down to see 24 best “Yeah Science, Bitch” memes that are absorbing. This topic subtly talks about some fascinating science facts and jokes, so don’t miss reading it!

Two men walk into a bar. One man orders H2O. The other says, “I’ll order H2O, too.” The second man dies!

It’s an age old and one of the best science jokes. It sounds like a puzzle for those who missed chemistry lectures in their school, though! Let us help if you didn’t get the joke. “H2O, too” sounds similar to “H2O2”, which is the chemical name of Hydrogen Peroxide. Hydrogen Peroxide, when ingested, can kill people by ceasing the respiratory system and causing a stroke. 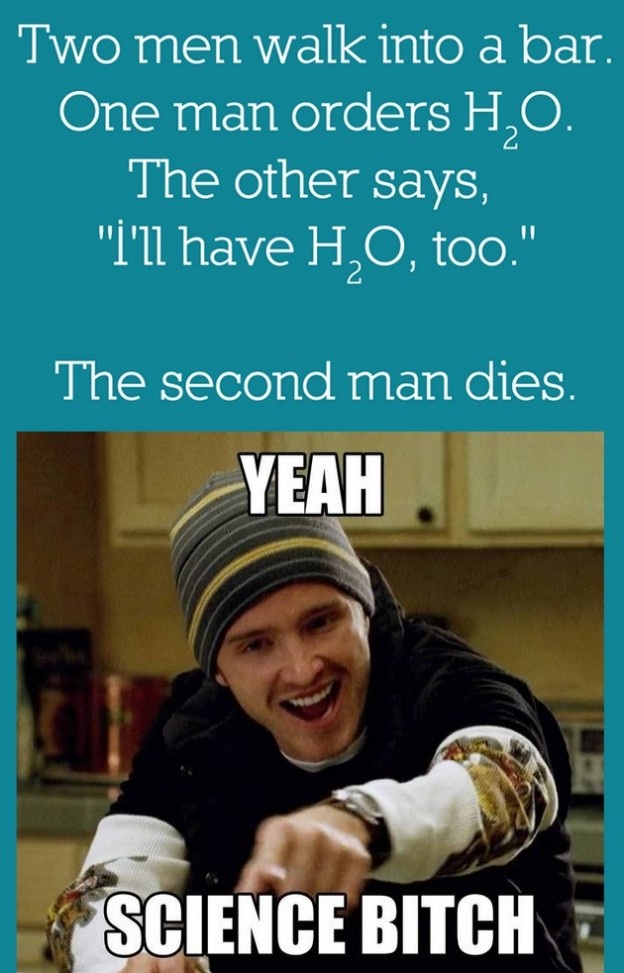