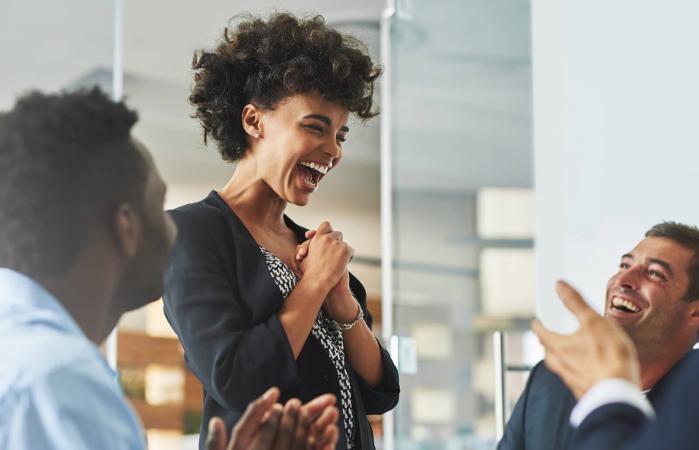 Sometimes after a long day in the office humor can be the best medicine. Business jokes can really be a great way to brighten the day for your coworkers or to help yourself de-stress. If you like telling jokes rather than coming up with them on your own, you’re sure to love reading (or repeating!) these highly rated jokes about business.

The light bulb joke is a favorite in any setting, especially businesses. These jokes work so great because of their simplicity and familiarity. This classic joke is ranked among the five best business jokes by Business Reporter:

Maybe you need to have a chat at the water cooler, or you just want to add a little fun to your day. This classic joke received high marks from The Very Best Office Jokes.

Boss/worker jokes are always funny. This is even more true when you add cash to the mix. That’s why Alberta Venture includes this tale as one of its top “office-approved” jokes.

Finding clean jokes for your office pleasure can be a bit difficult. However, there are several top clean jokes out there.

One-liners are a classic in a business setting. Therefore, finding a jewel like this listed on several top sites, including Reader’s Digest, isn’t surprising.

Puns add fun to life. Therefore, it is not shocking that this pun made its way to several favorite lists.

While business loans aren’t generally funny, this top business joke from OnDeck will make you chuckle.

Business jokes aren’t just for adults. You can have some funnies that will tickle a kid’s funny bone like this joke from Lemonade Day.